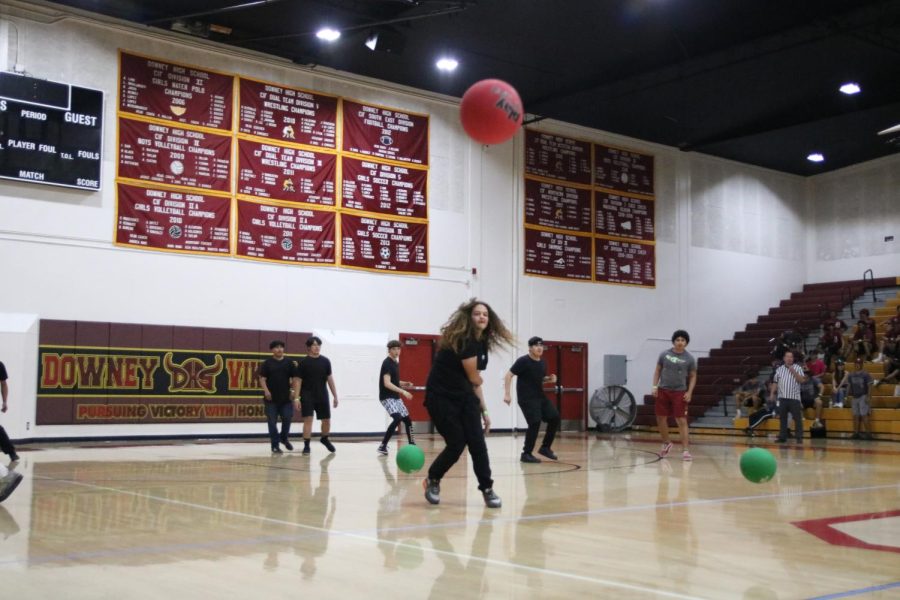 This fundraising event not only allowed the crowd to have a good time but also allowed for the players on the teams to enjoy a fun, friendly, competitive game. Cameron Ramirez, 10, from “Men in Black”, reveals his favorite parts of participating in the tournament. “I liked meeting the new people on my team, and the game itself was fun and intense,” Ramirez said. “I liked the audience a lot, it was also very cool to watch the other teams play. I thought it was fun and something I would do again.”

To further elaborate on the poor sportsmanship incident and why there was no official winner declared, the school’s baseball team decided to divide into different teams; two teams included just baseball players while the other team only included some of the baseball players along with some football players. The varsity baseball team, “DB”, was up against “Balls of Fury”, the baseball team which consisted of some baseball players and some football players. During this round, just like the other rounds, all the players were playing aggressively as this was a friendly competitive game. When it came to the ending of that round, the “DB” team had more players on their side compared to the players on the “Balls of Fury” team. Because both players from each team were very close to each other, it was quite hard to see who was hit by the ball, especially for the referee. The “DB” team got one player from the “Balls of Fury” team out of the game causing the referee to believe that the “DB” team won that round and declared them as the winners of that round. The “DB” team celebrated in an inappropriate manner as they bragged their win to the other team. The “Balls of Fury” argued with the referee that they won, leading the referee to overturn their decision to declare the “Balls of Fury” as the winners of that round. The “Balls of Fury” made the decision to celebrate their win in the faces of the “DB” team; this started the dispute between both teams. As the fight settled down by the referees, Dance team director, Mrs. Patterson, gave all the teams a warning; if another unsportsmanlike conduct occurs, the tournament will be over. The next round of this dodgeball tournament was between the “The Slump Busters”, another baseball team, against “D-Block”. “D-Block” won that round, however, some players from that team celebrated on the baseball team’s side. This was not intentional as some of the players from “D-Block” were trying to get their teammates on their side of the gym. However, this caused Mrs. Patterson to cancel the remaining rounds of the dodgeball tournament which led to no declared winner.