Practicing the skill of public speaking 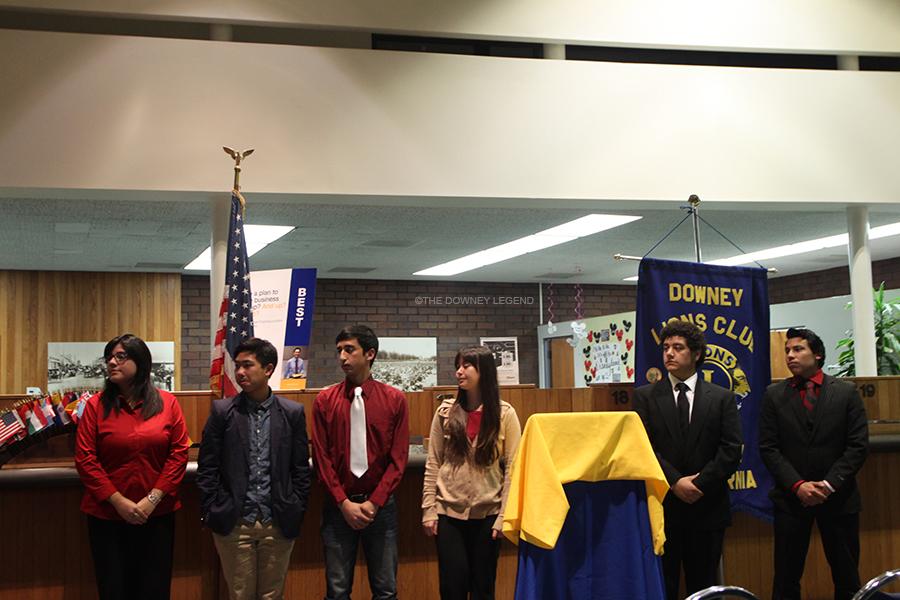 Participants from Downey and Warren High wait for the winner to be announced at the Third Annual Downey Lion’s Club Speaker’s Contest.

On February 12, the Downey Lion’s Club held their 3rd Annual Speaker’s Contest for Downey and Warren High students at US Bank on Florence Avenue.

Since 1937, the Lion’s Club, which is a charity organization, has public speaking contests throughout California. Every year, the governors of the club choose a topic that the participants of the competition must address in their speech. This year, the theme was “How do we create and keep jobs in America.” Cindy Kovach, a member of the Lion’s Club, believes that the topics are picked as a way to get different perspectives from the American student body.

“The district governors of the Lion’s Club of California choose a challenging topic that will provide the contestants with an opportunity for varied viewpoints as they address the issues of jobs in America,” Kovach said.

For Lee-Gibbs, participating in the contest seemed like a great way to communicate to an audience.

“It’s a good opportunity to walk in front of people and present your opinions to the public,” Lee-Gibbs said.

Each student presented their speech between five and ten minutes, and gave a variety of ways as to create jobs, such as eliminating minimum wages and decreasing national spending. Although the Lion’s Club was not allowed to assist students with their speeches, many participants went to their teachers and asked for their input.

Warren High student Perez looked back at previous presidents in American history to motivate him in his public speaking.

“The person who inspired me the most was Ronald Regan,” Perez said.