Coldplay released their new single “Magic” on Mar. 3, and will be included on Coldplay’s upcoming studio album Ghost Stories, which will be released in May. The song fuses elements of Coldplay’s newer pop-rock material and their older alternative rock sound. Although the song combines old and new Coldplay sounds, it sounds like nothing they have ever released before. Some notable sounds are the heavy bass line and piano, which create a unique sound. “Magic” sounds serene yet melancholic, and lead singer Chris Martin’s vocals along with the bass line create a moody rhythm, but the piano adds calming undertones. “And I just got broken, broken into two, still I call it magic, when I’m next to you,” Chris Martin chants in the first verse. The song is rumored to be about his relationship with wife Gwyneth Paltrow, and it resonates with the listener more with the news that they are separating after eleven years of marriage. The song’s mix of melancholy and hope cannot be overstated. When the news broke of Martin and Paltrow’s marriage, the song and its tone made sense. One wouldn’t expect piano and beats to mix together so well, but “Magic” succeeds at doing just that, reminding long time fans of Coldplay’s old alternative sound, yet moving forward in creating a new dynamic sound. Overall, “Magic” is a great first single from Coldplay, a somber yet uplifting song that makes the listeners curious to hear what Coldplay’s new album has to offer.

View Comments (1)
About the Contributor 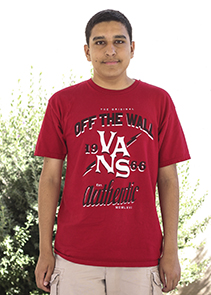 Edward Valencia, Writer/Parents and Teachers Editor
Senior Edward Valencia seems to have it all figured out, with his positive attitude and dreams towards becoming a journalist. Valencia knows what he wants and where he wishes to go. He is constantly striving to get his voice heard which is one of the reasons why he decided to become a writer for the The Downey Legend. Valencia’s determination and optimism is what is going to be his rock in his journey to be successful. His interests in being a writer are to express himself in the most non-biased way possible.

When Valencia isn’t busy preparing for his future wishes in journalism, he is off playing Call of Duty and listening to The Beatles. Since Valencia often keeps an open mind when it comes to the future he knows he can come to be successful and wishes to major in Political Science and wants to work for Time magazine. Valencia seems to be pretty content on how he is doing. “I’m just looking for the best path that fits me,” Valencia said.

While it’s normal to think of Black Friday as the day where everyone camps out outside stores to be the first to get inside, last year brought a ris... 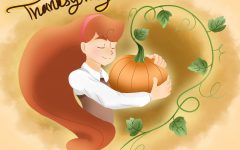 Twice, one of South Korea’s top pop girl groups, is coming back with their new album and fans are excited for it. Surpassing 700,000 pre-orders, Twi...

Officially done waiting for the day to come, Marvel fans across the world are exhilarated that they’re finally able to watch Marvel’s new movie, T... 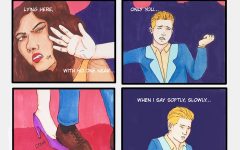 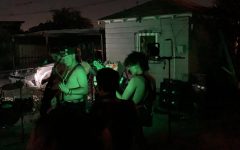